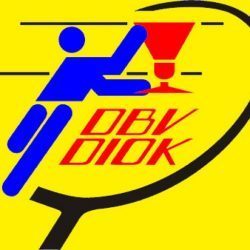 BTUTK also known as the Boes Timp University of Twente Championships is a tournament for current and former DIOKkers as well as people interested in the sport who are registered at the UT. You can compare the tournament with an association championship. It is a small but nice tournament perfect for those who want to get to know badminton a bit better. You can participate in all types of categories, such as playing singles, doubles, or mixed against opponents of the same level. Due to the fact that this tournament is all about fun and getting to know the sport, losing doesn’t mean that you would be eliminated.

There are four levels of play in the BTUTK, which are listed below

Everyone will play multiple matches and we would be using the Swiss-ladder system. If you have more questions, feel free to contact the tournament committee via utk@diok.nl